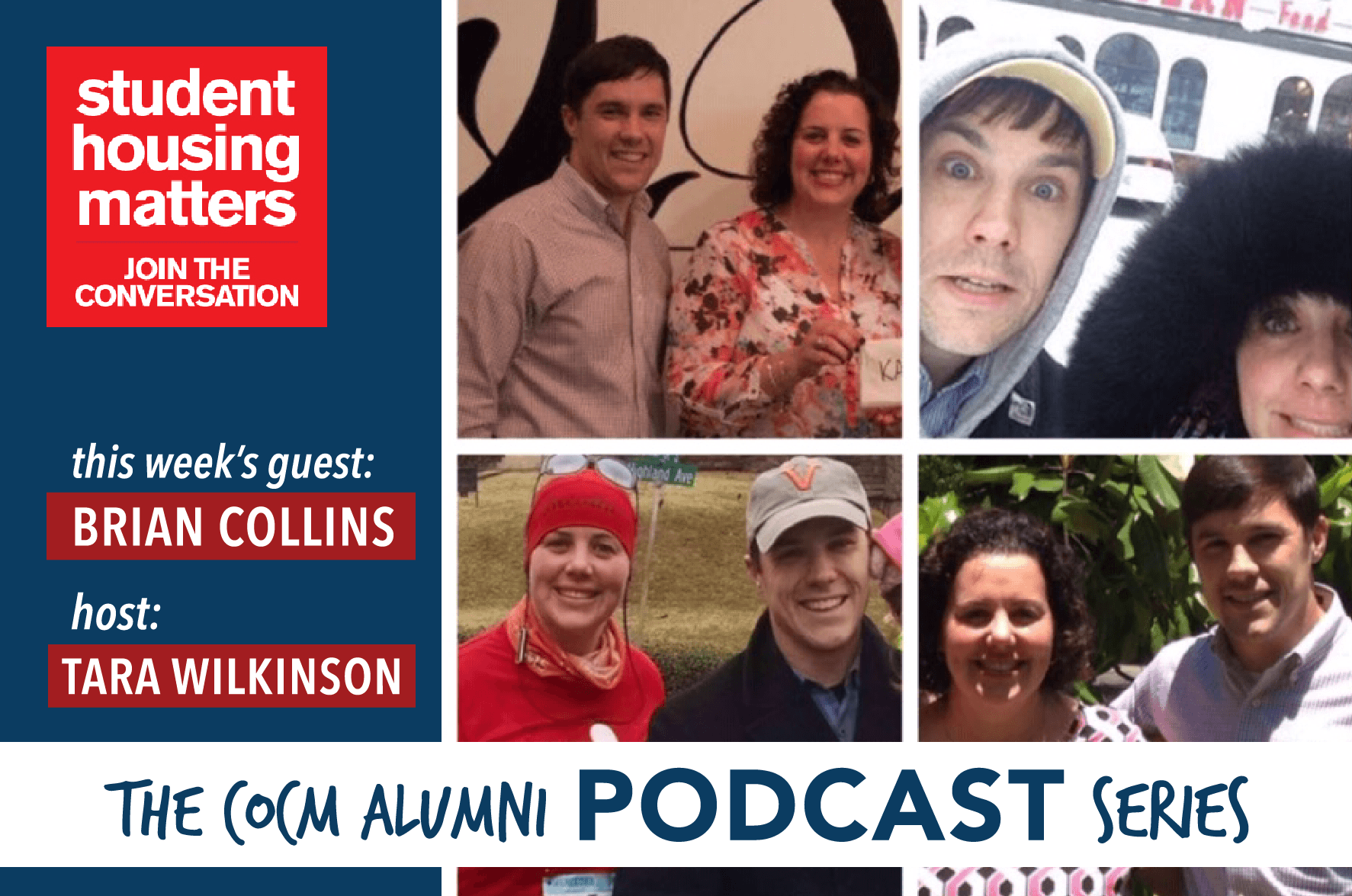 Brian served as the IT Coordinator at COCM for 10 years. In 2018, he left COCM to join the BL Harbert Team as an IT Manager for the US Group. In today’s episode, Tara Wilkinson catches up with Brian to ask him about all that he learned from working with COCM and how it is impacting his new position.

Brian joined Capstone Development Group over a decade ago in a different role than where he ended up – as IT Coordinator. Soon after he started to work at Capstone, Brian noticed areas where some help might be needed, so he jumped in to help. Slowly, picking up more and more projects in IT, Brian was later asked to be the IT Coordinator for COCM in 2012. In this role, he managed a wide range of responsibilities. There was a home office structure, but then each individual site managed by COCM also needed IT support. Every site having an independent IT set-up, depending on the owner or campus, required Brian to build strong relationships with people to ensure everything stayed up and running. Brian also was able to join the Marketing team in the home office to work on website building, podcasting and other audio/video projects – allowing him to get creative within the company as well.

It is very clear through this interview with Brian that a “can-do” attitude leads to an immense amount of learning opportunities and growth. Brian credits the relational side of the roles that he has filled to the joy and rewards of his time working with COCM. The ability to work with the people who are on the “front lines” of student housing at the site level, has shaped his core values to always recognize all of the people it takes to make student housing successful.

Brian’s decision to leave COCM was a very difficult one. Having worked with such great people, he truly still misses the community of Student Housing Professionals. His decision to move, albeit tough, has allowed him to stretch himself by stepping into a new field. Brian explains why he needed this shift and encourages others at COCM that it doesn’t mean leaving the company to find ways to stretch yourself – he suggests to his former colleagues to engage in opportunities that are outside of your defined roles, and see what you learn. You never know where it will take you – whether to another site, a new role within COCM, or even toward a career shift that may take you elsewhere. The big takeaway? Always push yourself, and you will continue to have an exciting life journey.